The art museum Danubiana, one of the most interesting Slovakian galleries is located 23 kilometers to the South from Bratislava. The construction of the museum was started at the end of the XX century. The open ceremony took place on September 9, 2000. The collection is based on the artworks of modern artists from the collection of Gerard Molesten. 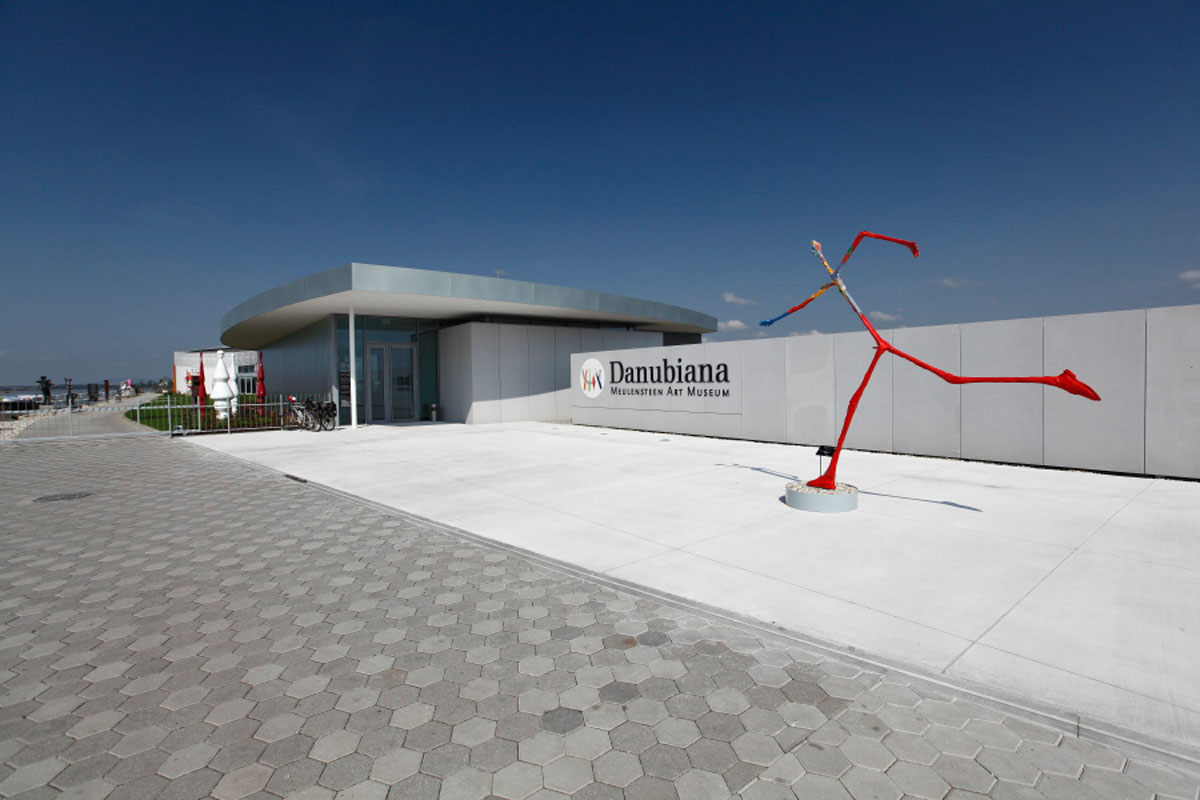 To economize the space, and to add uniqueness to this museum, a special area was organized on the roof of the museum. There you can see sculptures. Additionally, interesting sculptures are also placed around the museum.

Danubian biennale takes frequently takes place in the museum. Young artists have a chance to present their works there. This event is a kind of support for beginner artists and sculptors.

The designer of the museum Vincent Polakovic came to Slovakian architect Petr Zalman with an idea to create a unique museum building in a form of the Roman galley, which will be supported by the wooden paddles. He shared the idea with other architects including Gerard Meilenstein about placing the museum in a natural environment on the Cunovo channel (20 kilometers to the South from Bratislava). This peninsula was forgotten by the constructors of hydro-technical buildings was suitable for hosting the museum. After Via Danubia has bought it in 1999, Gerard Meilenstein has decided to build there a museum of modern art.

From 2000 to 2013 the exposition of the museum was located in special spaces inside the building. However, large interest to the museum from the visitors was not limited by the exhibitions, which changed each quarter here, the founders of the museum have decided to create more space for the collection.

Ticket cost: 10,00 EUR for adults, 5,00 EUR for children and retirees, children below six years old can visit the museum for free. A special family pass for two adults and two children costs 20,00 EUR.