One of the central objects of Slovakian capital is the President’s palace, former residence of count Grassalkovich. This magnificent complex with halls and personal appartments of the count as well as other rooms was built in 1760 in the Rococo style.

On the opposite side of the central building, there is a small garden, designed for slow promenades and summer concerts. It was built in the French style, which was popular in the XVIII century. 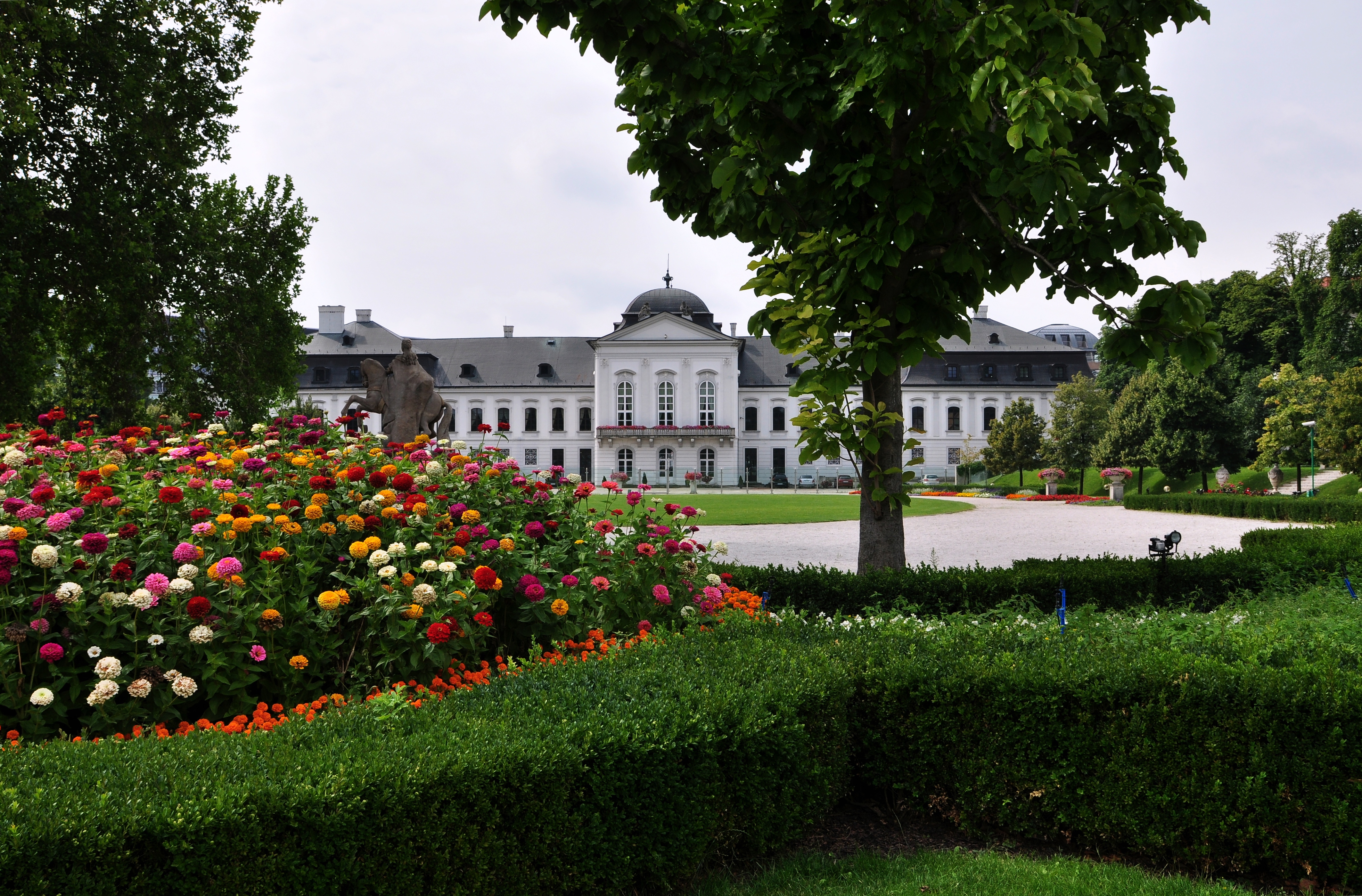 After a great reconstruction, the former count residence was rebuilt into the President’s palace. At the end of the 90th, the decision was taken to reconstruct the garden as well to make the whole complex look like a single object.

There are sculptural compositions on the territory of the garden and the famous fountain called “Pleasure of Life”, established in 1978. Children may enjoy a spacy playground. The pedestrian area has several paths for walks. There is a separate place for thos who want to take a rest, equipped with benches.

This is one of the most interesting places here. There is a tradition here – each president coming to Slovakian capital plants an oak to express his friendship and respect. The first tree was planted in 1999. Many trees were planted since.