Bardejov – medium-sized town in the north-east of Slovakia. It is considered to be the most beautiful and unusual place in the country.  Location - the southern slopes of Beskydy, near the Topľa River, in a "living cauldron", in the multi-cultural "Priašivščina". This special region borders with Poland for hundreds of kilometres. The town is famous for its "Ruthenian" history, inimitable architecture, museums and markets.  It is a UNESCO World Heritage Site. At present, it is home to approximately 34,000 inhabitants of various nationalities.

Bardejov existed and developed successfully already in the 12th century. In the Chronicle of Russia, the town is mentioned as the place through which King Danila Romanovich walked, from Hungary to Poland" (1241). This mountainous region was for several centuries the western part of the Principality of Halych.  At the beginning of the thirteenth century the settlement was forcibly united with the Hungarian power, but the local government remained unchanged. The affairs were run by nobles of Russian origin. The descendants attained links to the clans of wealthy, old judges. Under the Hungarian king Charles Róbert I, the first German colonists settled in the town. Their role included the cultural development of the wild country.

Before the year 1320 there was a lively settlement activity in Bardejov and its surroundings. In this period, crafts and trade activities were predominant in Bardejov. In 1320, Bardejov was granted the right to be called a town and two years later, on the orders of King Louis, the construction of the stone wall and towers around it began. Although the right to hold an eight-day fair was not granted to the town until 1352, weekly markets were already held in the town at this time.

Before the year 1320 there was a lively settlement activity in Bardejov and its surroundings. In this period, crafts and trade activities were predominant in Bardejov. In 1320, Bardejov was granted the right to be called a town and two years later, on the orders of King Louis, the construction of the stone wall and towers around it began. Although the right to hold an eight-day fair was not granted to the town until 1352, weekly markets were already held in the town at this time. In 1376 it was granted the status of a free royal town.  From 1393 to 1414 Bardejov was subject to Prince Fedor Koriatovich of Podolia (* 1331 - † 1414) / was Prince of Podolia (at that time in Lithuania). His title was Theodorus Koriatovich, Dei gracia dux de Munkach. and from the end of the 15th century and the beginning of the 16th century to Prince Ilya of Ostrogothia. 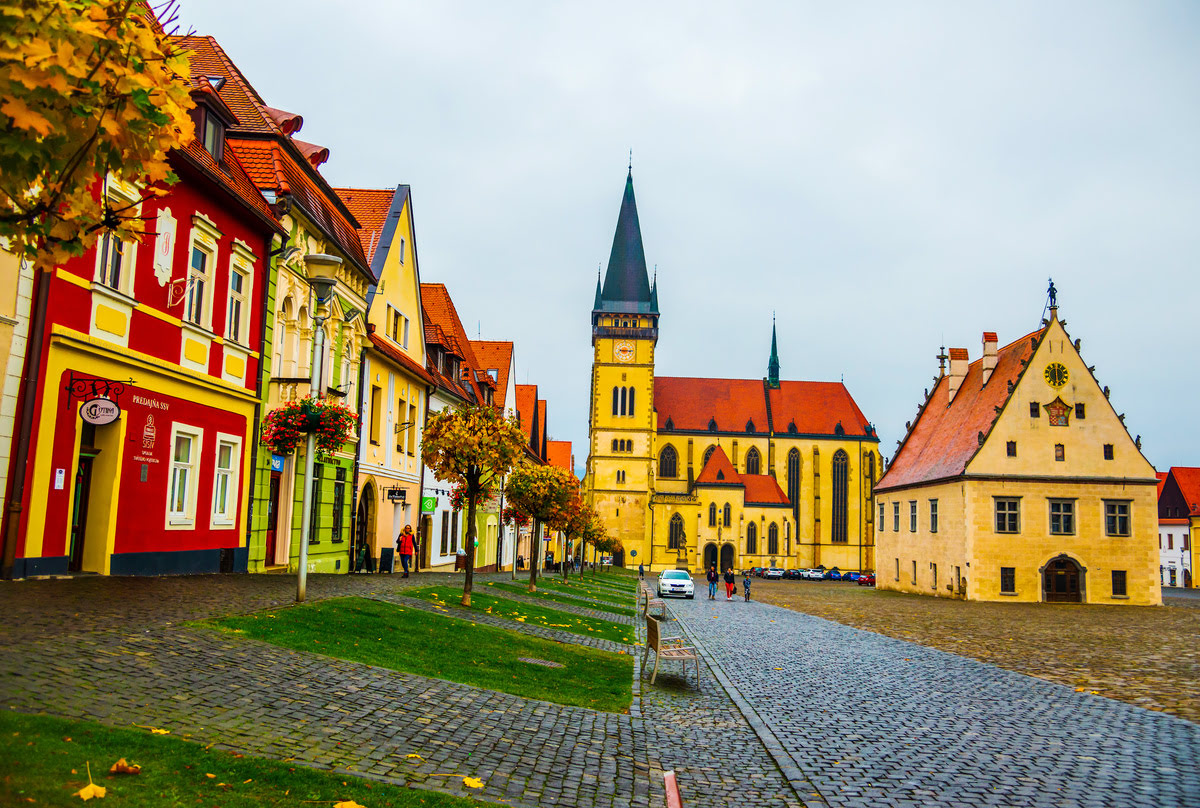 Urban freedoms, mild climate and good geographical location were positive factors contributing to the rapid development of the city in the 15th century. It became a strong centre of cloth production. The inhabitants grew steadily richer in business. Medicinal baths and dozens of mills opened in and around Bardejov. The art of brewing evolves. Brickmakers are firing quality bricks from local clay.  Cattle slaughter, town scales, fast trade between town and countryside, artisan workshops bring tangible income and fame to the small town in the Beskydy Mountains. But this idyll did not last long.

In the 15th century the town became Protestant. The new doctrine contributed to the opening of the Gutgesel printing house in 1577. David Gutgesel (* c. 1540, Bardejov - † 21 August 1599, there) was a printer, publisher and bookseller. He published religious works in German and Luther's Catechism in Czech. The Protestant movement soon leads to a long period of political and social upheaval.  At the founding he collaborates with the German typographer Salomon Sultzer. The printing house had extensive stocks of antiquity, fraktur -/originally from Latin fractur - fracture, from the middle of the 15th century also "broken type"/, or Hebrew and Greek printing type.

The sixteenth century was a time of endless battles in Europe.  It passed unhappily recklessly through Bardejov. Several epidemics, fires and wars of all against all turned the city into a place of mourning and permanent unrest. The decline lasted almost until the beginning of the twentieth century. The city was nearly razed and laid waste.

The restoration of the former well-deserved glory began only with the construction of the railway. At the end of the eighteenth century, a railway branch was laid between Prešov and Bardejov. But it was only after the Second World War that industrialisation gave rise to serious transformations.  For several decades, the city's inhabitants carefully restored historical monuments, created the preconditions for the industrial revolution, and engaged in the construction and reconstruction of city districts. In 1986, the city was awarded the European Prize for the Restoration of Historic Architecture. This was preceded by a long and painstaking restoration work. For example, the central and ancient Jewish quarters in the 1950s were declared a city conservation area. Grandiose restoration measures were carried out for almost seventy years.

The result - now Bardejov proudly bears the name of the most gothic town in Slovakia. Since 2000 it has been protected as an architectural work of special historical and social value by UNESCO. 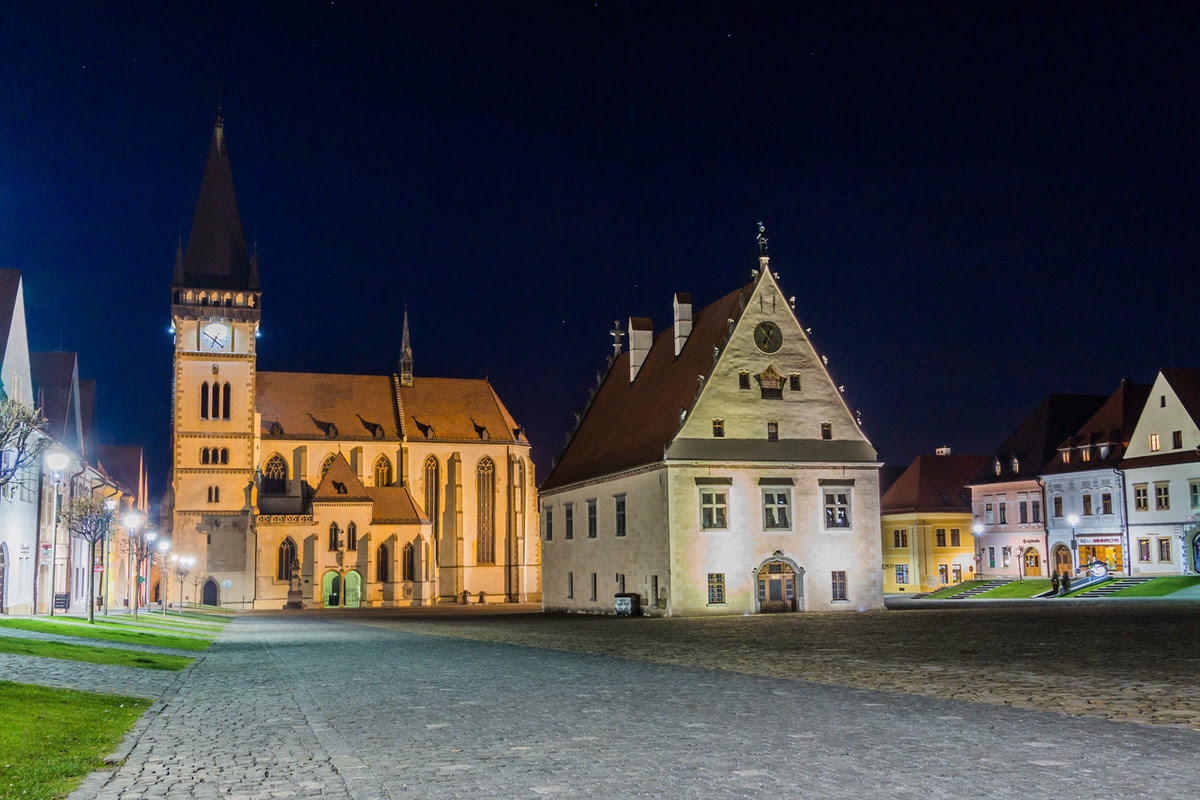 Those who have already visited Bardejov speak enthusiastically about the central part of the city. It is seriously justified. This area is not only beautiful, but also completely original in terms of the standard design of small European-type cities. The Gothic-style townhouses, the unique St. Egidius Basilica (a Gothic sacral building located in the northern part of the Town Hall Square) and the former town hall attract the attention of tourists the most.

It is worth noting: the local town hall as the central building for the administration of municipal affairs was built in the style of the early Renaissance Ruthenians Alexander (who built the ground floor of the building during 1505) and Alexius, (the author of the bay window, windows and portals - in 1508). The following year, the master John of Presov completed the first floor, built the high gables and decorated them with stone elements. The painted decoration was carried out by local masters Theofl Stanczel between 1510 and 1511 (he decorated the gables with painted coats of arms and painted the scene of the Last Judgement in the council chamber) and Matej Grunwald (painting the exterior). This completed the building structurally. It was the first experiment of its kind in Slovakia. Today it houses the Šariš Museum (the number one building in the town on Rhódy Street/"Rody Street"). There you can get acquainted with the environmental exhibition.

Kláštorná bašta / Monastery bastion - The three-storey bastion with preserved brackets for fixing the cornice around the wall stands in the garden of the Franciscan monastery. The original Gothic vaults are preserved in the lower floors.

Školská bašta / School Bastion - The westernmost four-storey bastion with a hipped roof stands on a lentil plan. It retains the original roofs, partially converted to windows. On the sides there are visible traces of the connection to the defensive wall. It is also referred to as the Water Bastion because there was a water pipe leading water from a spring in the Rurná district. In connection with the spring, the town books mention the town employee Röhrmeister, who was in charge of the town's water supply system.

Červená bašta – Red Bastion - Also called the Royal Bastion, it owes its name to the red blocking. Between the gunports on the northeast side, there is a remnant of a painting dating from 1597.

Severná bašta – Northern Bastion - The Northern (also Archival) Bastion, a three-storey tower on the northern edge of the town in front of the water tower, is also part of the town fortifications. It got its second name from the archive funds stored here.

Veľká bašta – The Great Bastion - It is built directly in the moat. It stands on a semi-circular plan, topped with a tiled roof. Today it houses the deposit of the Šariš Museum.

Hrubá bašta – Rough bastion - This most massive bastion of the city fortification was built on a horseshoe-shaped plan. It stands on the southeastern edge of the town. Its important strategic and defensive function is evidenced by the fact that the thickness of the masonry reaches up to 3.5 metres. The defence was provided by cannons located in gun chambers on the first and second floors.

Malá bašta – Small Bastion - The Small Bastion forms one building unit with the Rough Bastion. It was built on a semicircular plan and served as an ammunition storehouse. 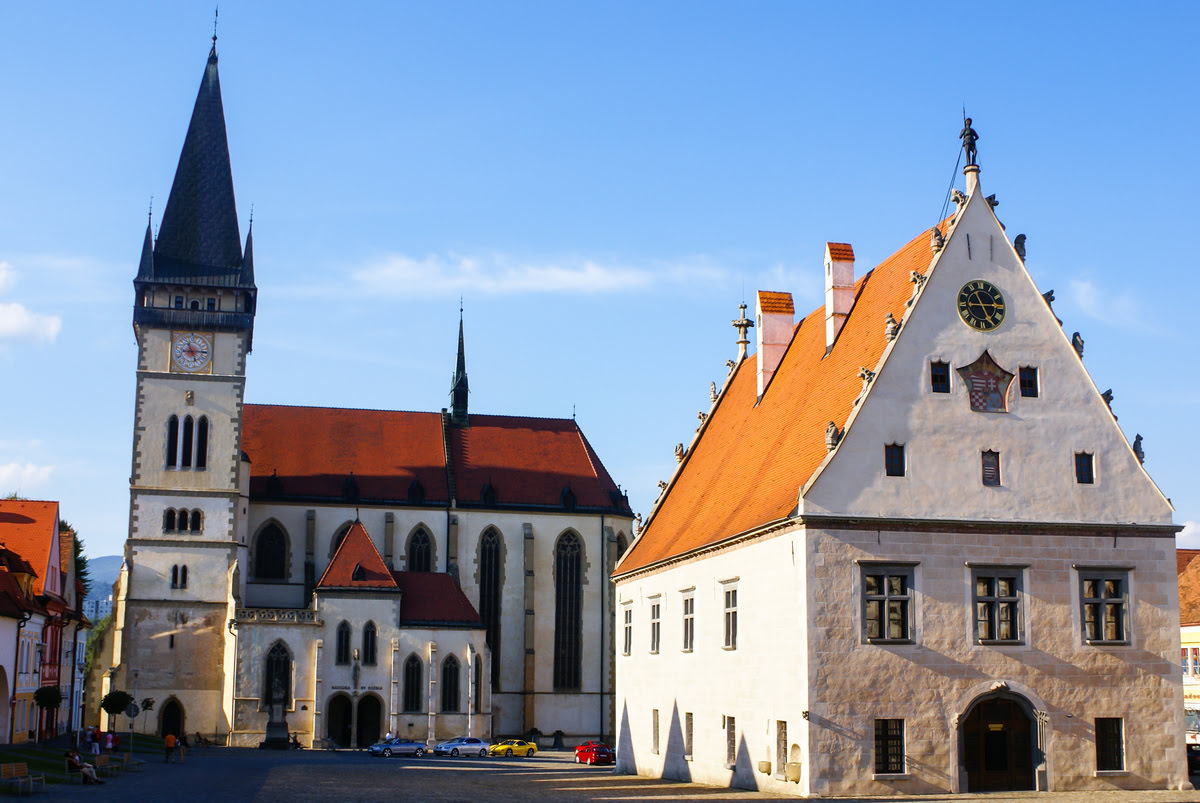 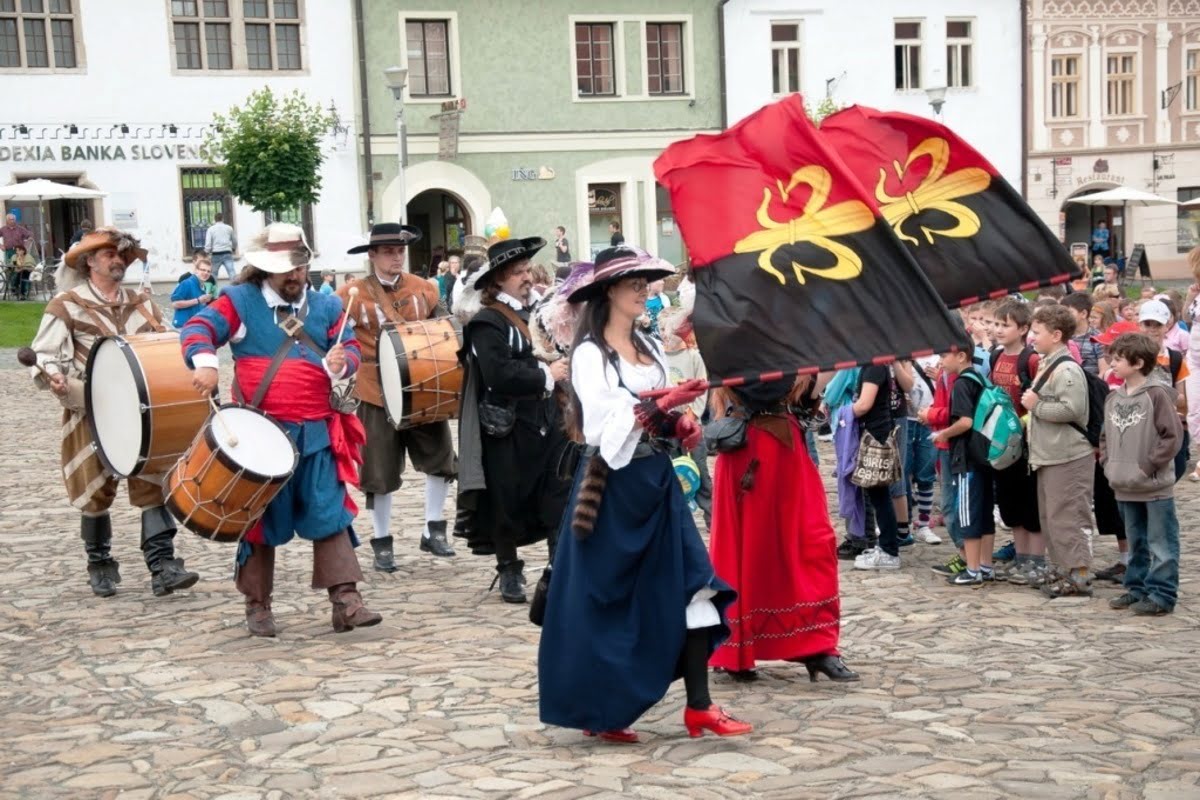