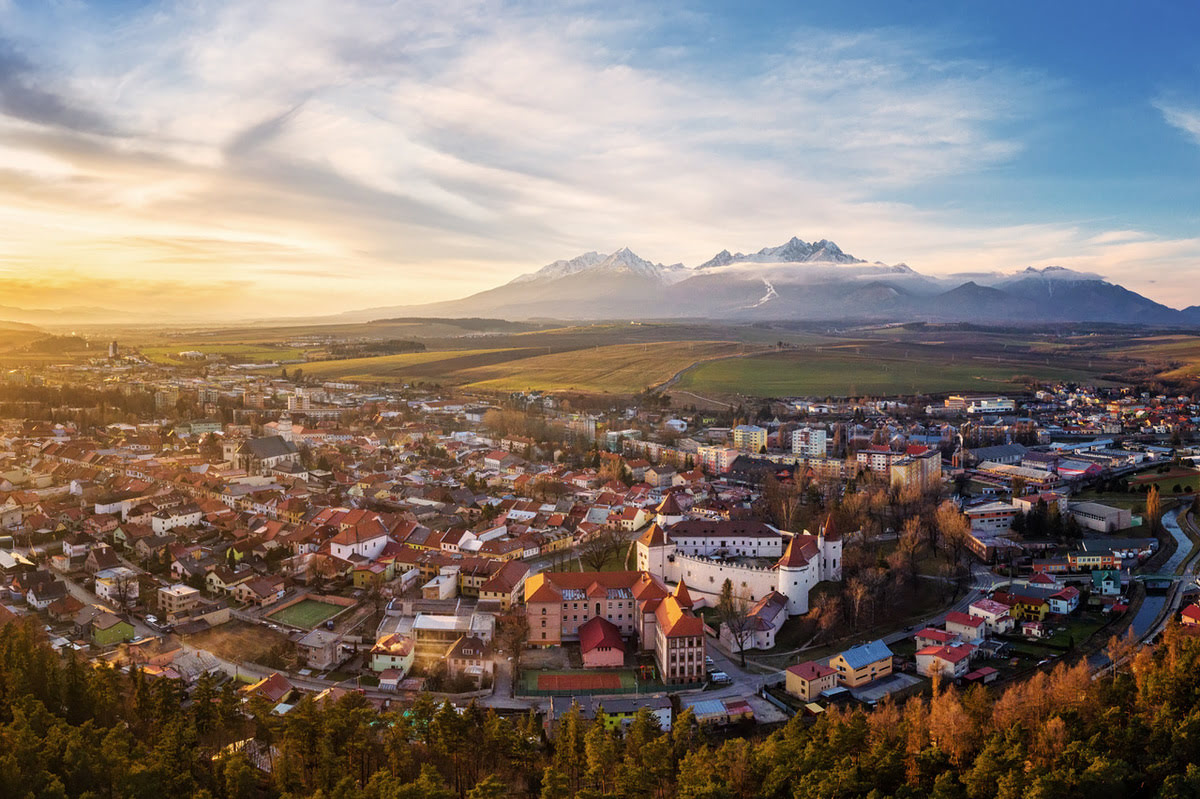 Kežmarok is a picturesque town located by the Poprad River. Visit one of the most original and interesting medium-sized towns in eastern Slovakia.

Its location is the border between the High Tatras and the Vrhov Vrchs. It belongs to the Prešov region (Kežmarovský district). The highway Poprad - Stará Ľubovňa leads to it. At the time of Hungarian political dominance, Kežmarok was called Késmárk. Today it has a population of around seventeen thousand. A local landmark of the town, the wooden Protestant church from the seventeenth century, was inscribed as an outstanding architectural monument in the UNESCO list in 2008.

A fun excursion into the city's past 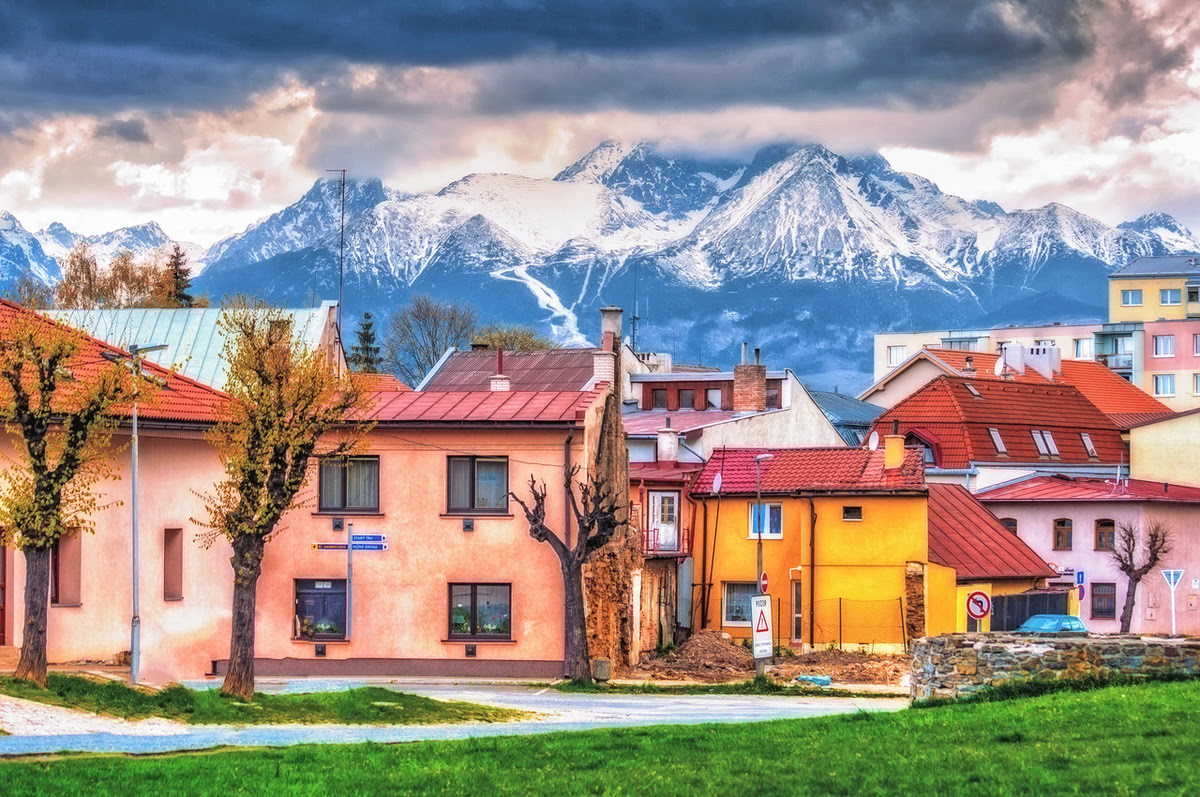 Historians believe that the settlement emerged in the 13th century. Even then it was a living example of fruitful and pragmatic friendship between peoples. Local Slavic fishermen, miners from Germanic lands and Ugrian border guards in the service of the king all came together in one town. The overlapping of the names of most Slovak villages with German and Hungarian place names is not surprising.

The first documented mention of Kežmarok is dated 1251. The town is mentioned as Kesmarkt in a written letter of Béla Výtný. However, it was granted separate rights only eighteen years later, in 1269. Towards the end of the thirteenth century, Kežmarok received the privileges of a free royal town. Its inhabitants used the new opportunities to their full advantage. The town quickly became a centre of boisterous trade and crafts - fishing, jewellery, wool weaving, dyeing, blacksmithing and carpentry. It was not hindered even by the fierce competition with Levoca. The century-long war with the neighbouring town went down in the bloody history of the region forever. And it was only one of thirteen major military conflicts. For three centuries the townsfolk did not put up with the rulers of the castle and even fought against the emperor himself. The town was involved in the Hungarian Revolution of Independence several times.

In the fifteenth century, Kežmarok received its own coat of arms. Four dozen guilds brought enormous income to the town. This form of social and industrial organization was succeeded in the 1870's by the rapid growth of factories and plants (e.g. the first mechanical flax spinning mill and a large resin and starch factory).

Since 1950, Kežmarok has been considered part of the architectural conservation area. Today it is a paradise for thousands of tourists from all over the country and Europe.

The most beautiful sights in the city 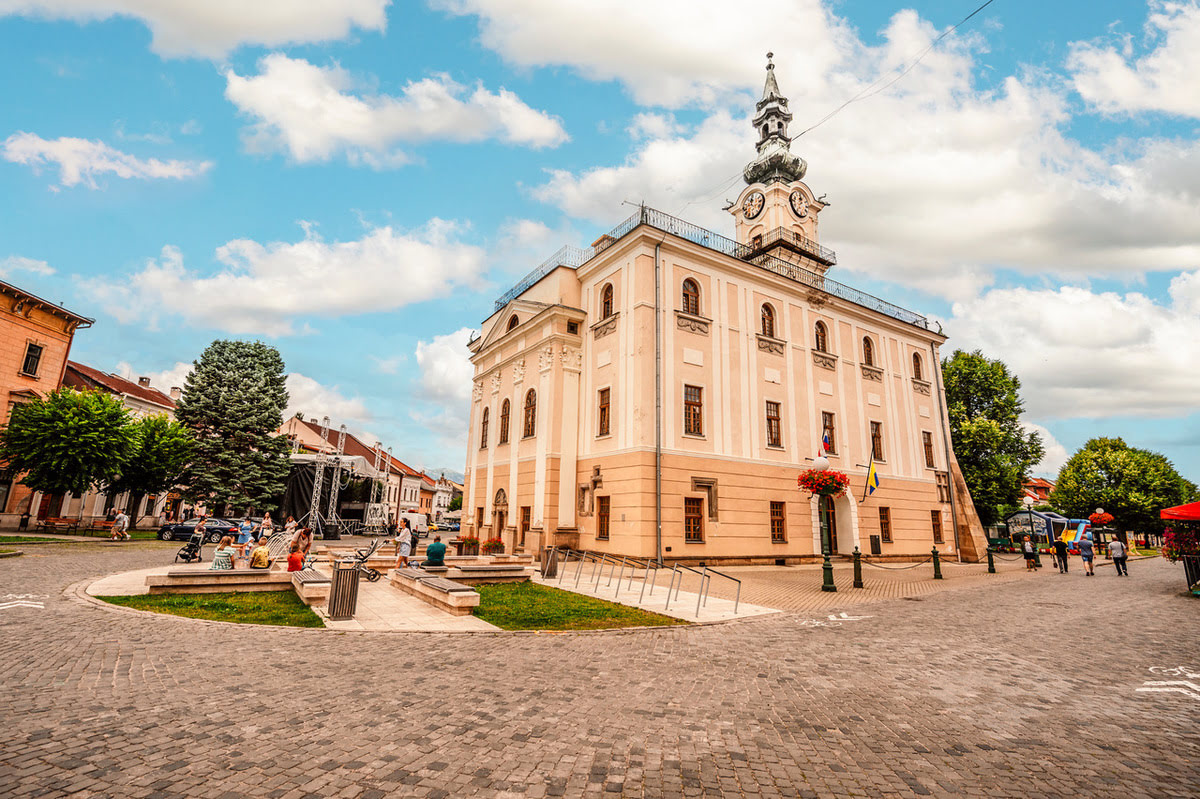 Almost all Slovak places boast architectural masterpieces and historical monuments. But only in Kežmarok do you see so many unusual Protestant religious buildings - a legitimate legacy of the German religious movement in the former part of the Austrian Empire. The city's attractions don't stop there. History comes alive here at every turn. Stroll through the streets and transport yourself back in time to the late Middle Ages. Start with a hike up the Mount of Jerusalem. You'll find it on the eastern edge of the outskirts. From here you'll enjoy an amazingly beautiful view of Kežmarok against the backdrop of the magical Tatra Mountains. 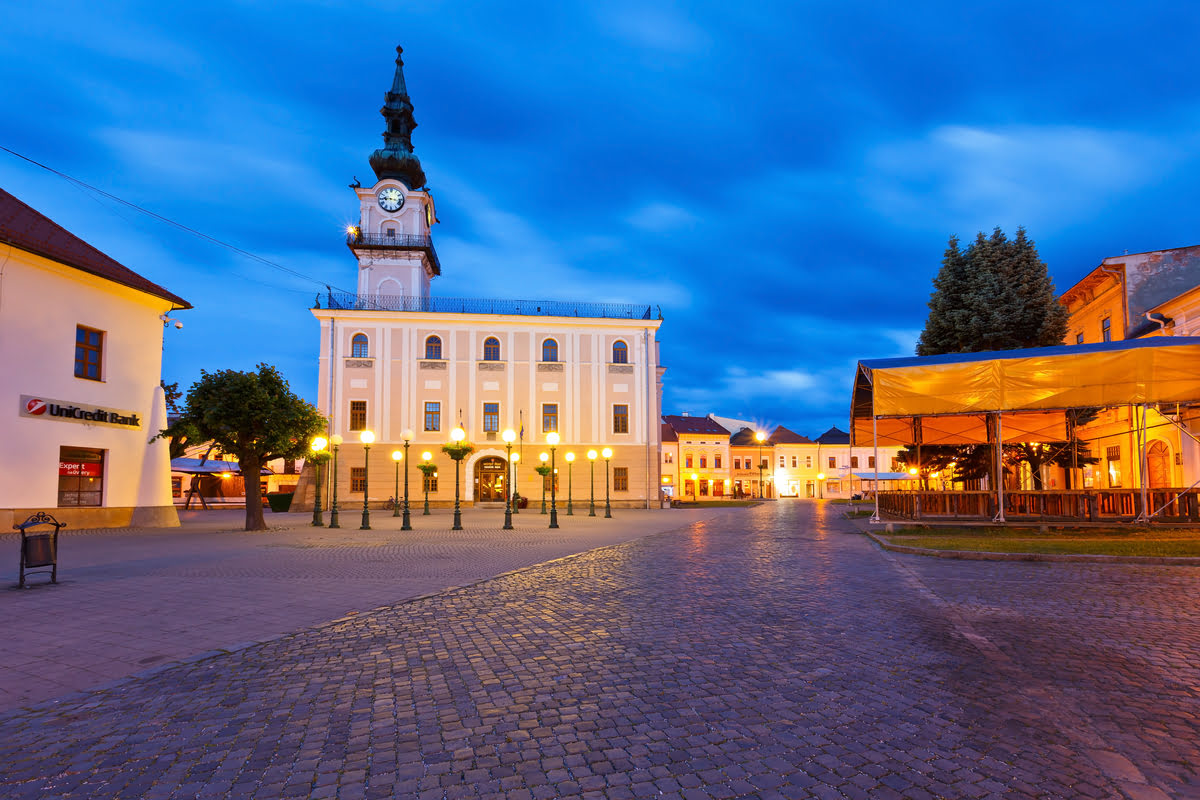 It dominates the central blocks. It is an old building from 1461 that changed its appearance after every fire. The last transformation in classicist style dates back to 1799. For the last 6 centuries the building has served as the seat of town administration. A beautiful clock tower towers above the town hall. Here you can see an ancient warrior - the halberdier. His mission is to guard the now-defunct entrance to the corridor of power, forbidden to mere mortals. 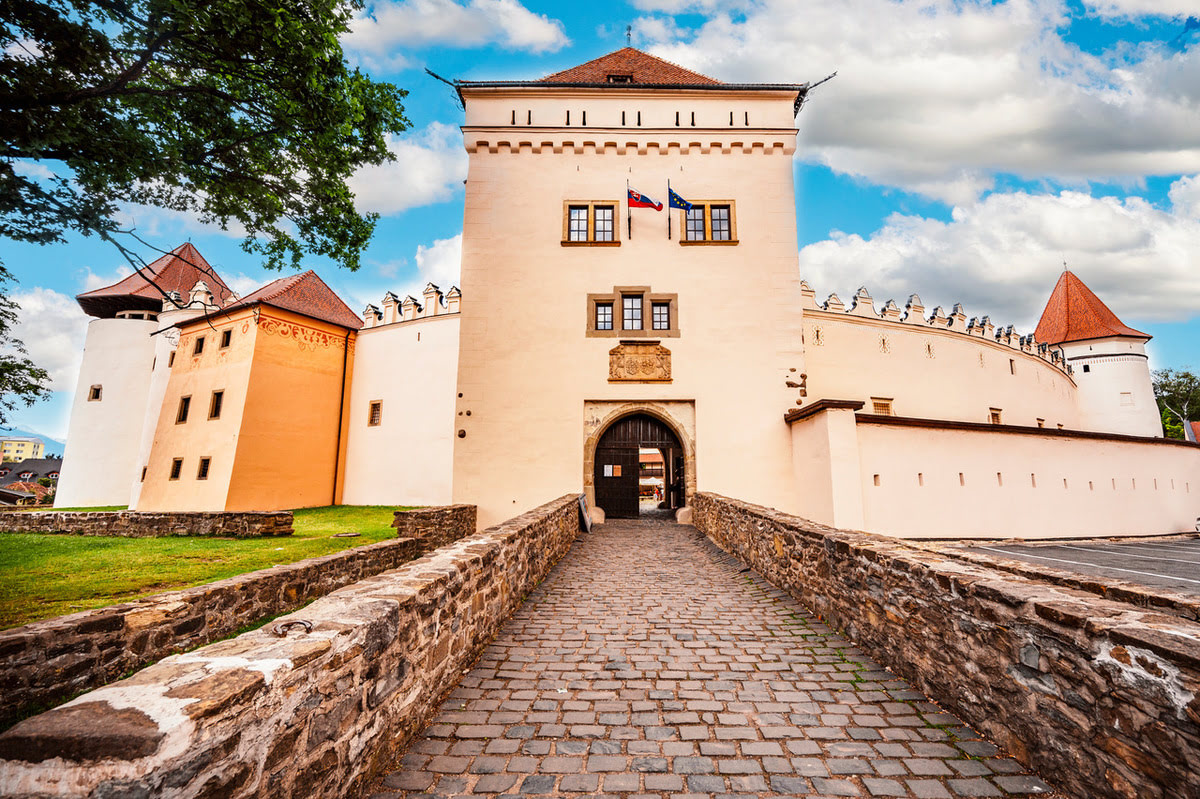 The castle complex, in the Renaissance style, acquired its modern appearance as a result of a considerable number of years of restoration. The restoration and rebuilding work was not completed until 1624. A landmark for the city and its cultural heritage, the Castle has been a social and political centre for centuries. Scholars have debated philosophical issues, famous musicians have held concerts and artists have exchanged experiences and cutting-edge ideas here. The castle was home to priceless treasures - books from the first printing house set up in one of its rooms. Eleven new printing shops took up this noble undertaking at the end of the nineteenth century. Education stimulated the social life of the area. People united along professional lines and cultural preferences. The town societies of doctors, riflemen and firemen were known far beyond the borders of the region. But the most important and famous was the Hungarian Carpathian Association. It was founded in the seventies of the eighteenth century to promote tourism and the protection of mountain nature. 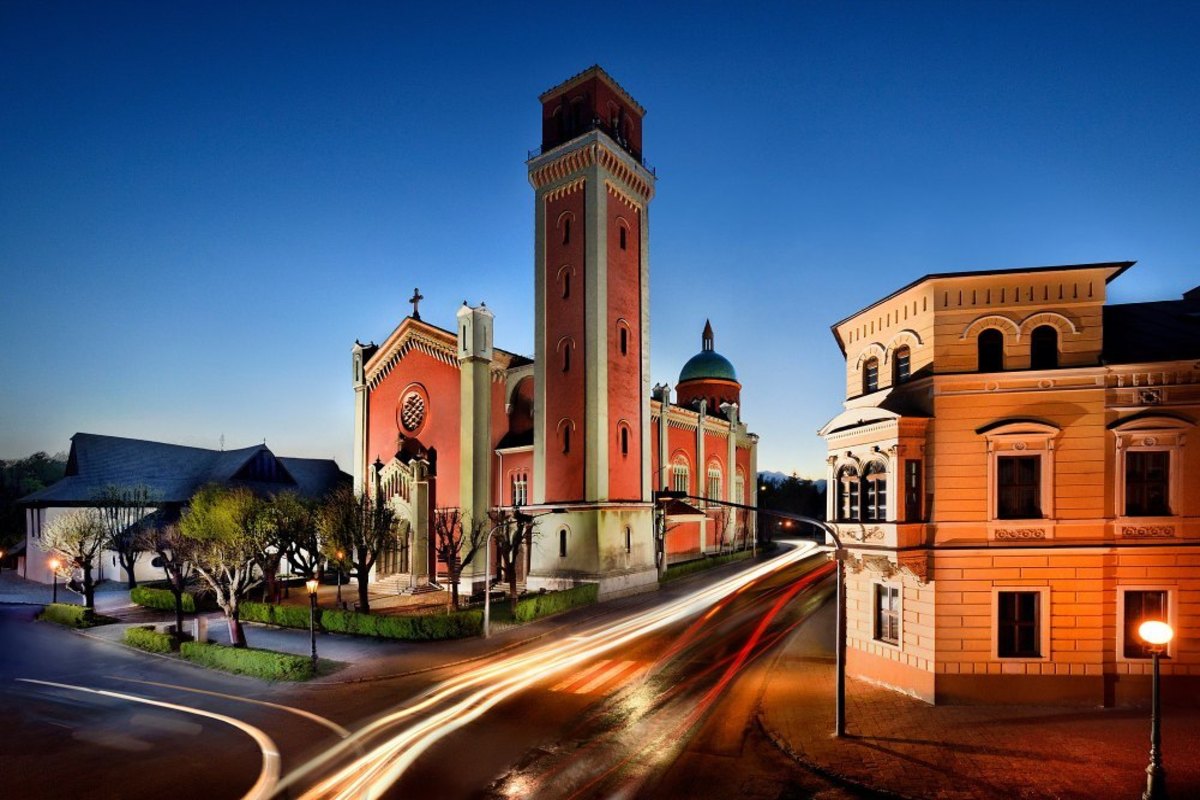 This beautiful, pompous building has become the most notable symbol of the city. Built in eclectic style and decorated with Byzantine details, it is the only example of such architecture in Slovakia. The façade of the church attracts visitors to its red, distinctive colour palette. The building surprises with its original symmetry and structural clarity. The solemnity of proportions is somewhat dissonant with a solitary, tall tower. The building now houses the mausoleum containing the remains of Imre Tököli, the famous Hungarian fighter for religious freedom. 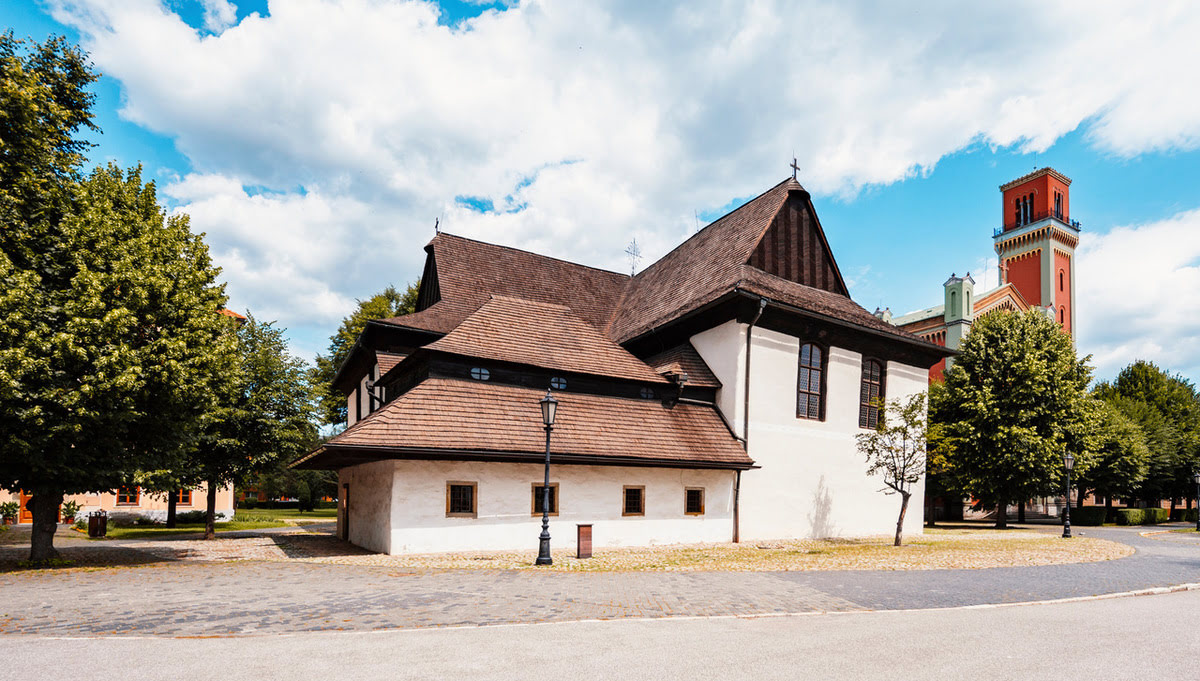 The ancient structure is the most important and interesting masterpiece in terms of the city's religious history. It is protected by UNESCO. It is a complex of several houses. In the oldest of them, the sacristy from 1593, local Protestants held their first service back in 1687. Two decades later, the church was rebuilt. Its functional space was enlarged, but the stylistic expression remained the same. The construction lasted only three months. It is a striking example of optimum practicality in the use of wood as the main construction material. The building was erected without a single iron nail. But this was nothing special in the Middle Ages. Note - the walls of the religious building are also made of wooden material (yew and red spruce), lightly plastered on the outside to protect against inclement weather. The windows are ship-looking. This is a reminder of the help of Swedish sailors in building the church. 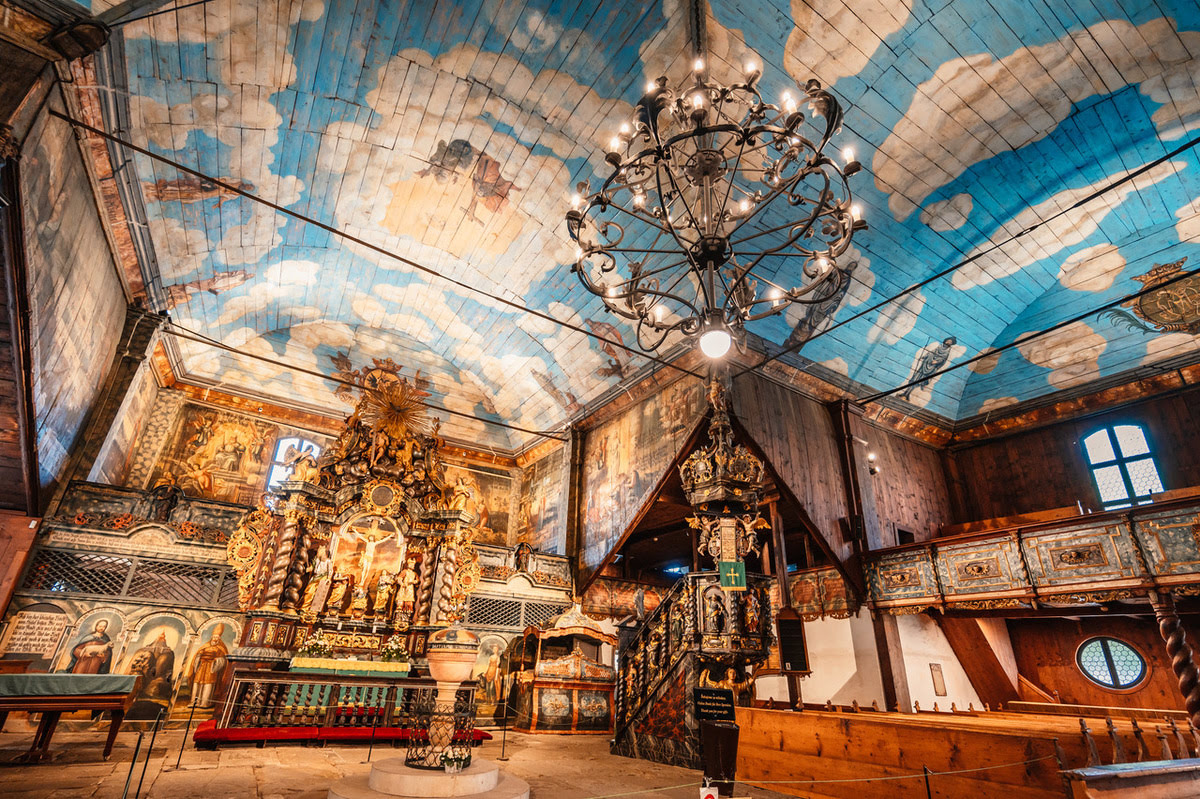 The main 'jewel' of the Evangelical church are the seventeenth-century epitaphs and the late sixteenth-century font. These are the surviving remains from the first church. The new building was built in a cruciform form. 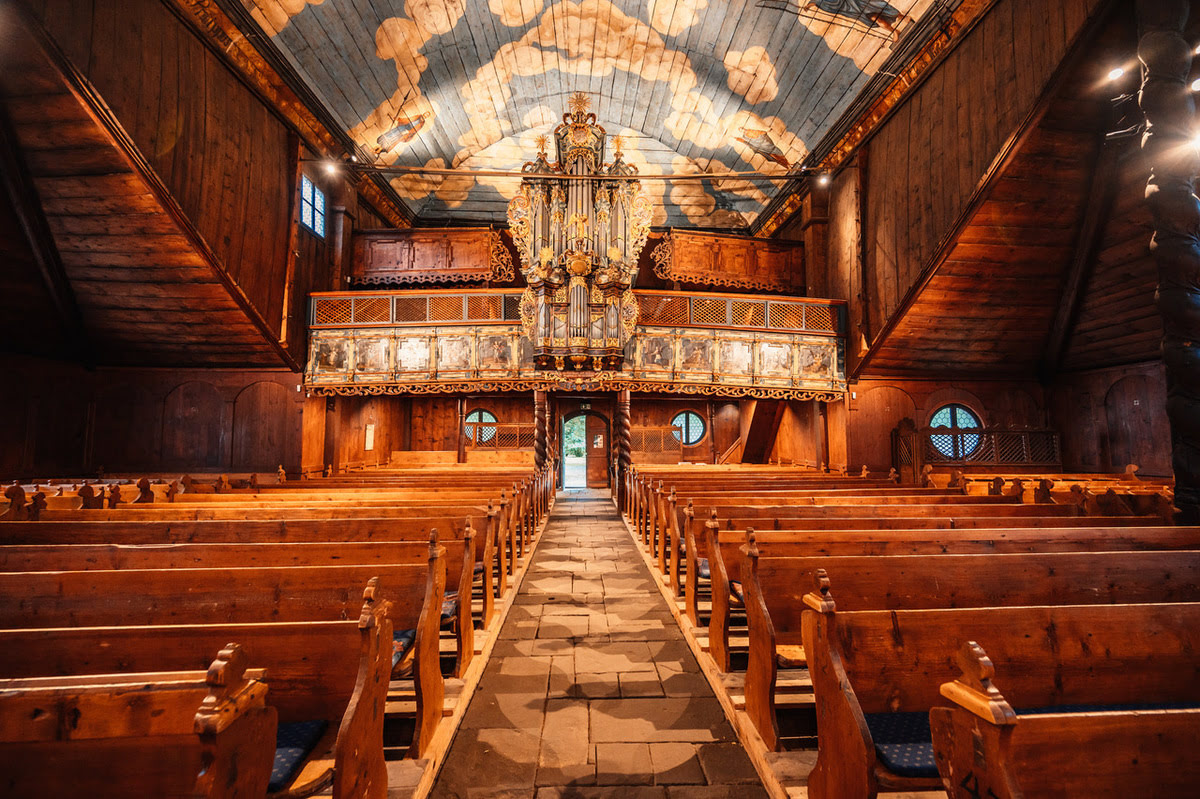 Rather unusual for evangelical churches is the rich interior. The paintings in Kežmará are admired by many tourists. Inside the church you can admire the original organ with wooden pipes. Despite its status as a UNESCO World Heritage Site, it continues to function as a church for local evangelicals. It also hosts occasional ceremonial music events and noisy concerts.

History of the educational process in the city

Kežmarok has made a great contribution to the education of the region's masses. It is the educational and cultural centre of the Prešov region. Children learned to read and write here as early as in the thirteenth century. A little later the town authorities opened the first grammar school. At the turn of the eighteenth and nineteenth centuries it was reformed into a special high school. At that time there were only four schools of this type in the Slovak lands. The Kežmark Lyceum was attended by students from all neighbouring and adjacent lands. The most famous of them were Julius Bartsch-Ivan, Pavol Orsag Hviezdoslav, and Jan Haloupka. Daniel Fischer founded a private medical school. Jan Daniel Perlitz became the creator of Hungarian forensic medicine. Vojtech Alexander (the first radiologist), the cartographer Juraj Buchholz, and the florist Tomáš Maukš also made their school famous.

The city's technical school trained future craftsmen in weaving. Kežmarok is also famous for the first Slovak kindergarten and electrification at the end of the nineteenth century (on October 1, 1894). To commemorate this momentous event, a monument to a woman giving light to the town was erected in 2016 near the new Evangelical Cathedral. It is an approximate replica of a Roman woman in bronze with a glowing torch, erected at the beginning of electrification. The monument was destroyed by barbarians.

You can easily find this building in the heart of the city. It is adjacent to the famous wooden prayer house of the local Evangelicals. It is also home to a new Protestant church. The Lyceum is home to many priceless book treasures. This building was once chosen as a unique location for the functioning of the huge school library. It is regarded as the most important book depository in central Europe and the most important national cultural attraction of the region. It has a collection of 150,000 volumes on a wide range of topics in dozens of foreign languages. Amongst the valuable items in the library are five dozen early printed books and three thousand unique and rare books.

The Lyceum is also famous for popular figures who used to study there at various times. Commemorative plaques on the walls of the building bear witness to them. Inside the ground floor rooms you can view the golden sacred utensils used by the evangelical pastors over the centuries. 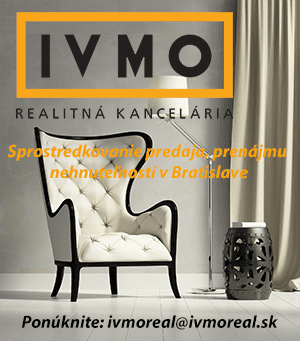