Trencin Castle is the pearl of Trencin and the whole Vag river region. It is located on the important trade routes connecting Northern Hungary and middle Slovakian mines with Checz, Moravia, Silesia, and Poland.

The history of the castle starts in the XI century when the tower house and rotunda were built. In the XVI century, those buildings became the property of Matus Cak, the owner of 50 castles in Slovakia, also known as the duke of Vah and Tatras. Matus tower was created in a roman style first, but later it was modernized to the gothic style. The highest point of the castle had a viewing platform and was located in this very tower. 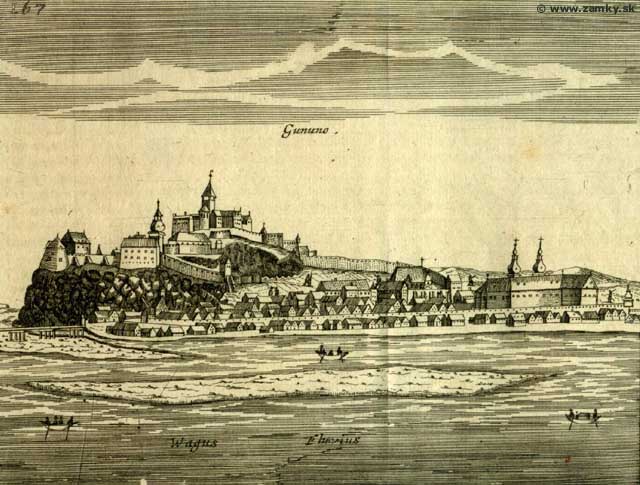 Trencin castle is divided into several levels. Below the Tower of Matus, there are several austere palaces.

Those who owned this castle after Matus, added some other buildings according to their wishes. Ludovic I constructed his palace, where you can find furniture and décor of XVII-XIX centuries.

King Zigmund has offered this castle to his wife Barbara of Cilli and ordered to add one more palace here.

Stefan Zapolski became the owner of this castle at the end of the XV century. Zapolski palace is the youngest building here. 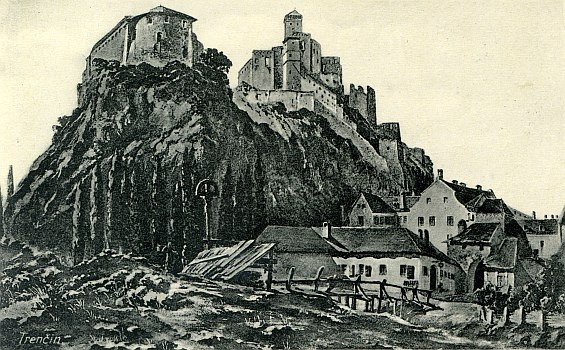 Trencin castle was only the place for rich people to spend their free time and to have fun. There are some fortifications here as well. This is why on the Southern side of the castle you can see a true defensive complex including ditches, high walls and artillery bastions. There are also bastions protection river crossings. There is a gunpowder factory not far from the bastions. The castle was impregnable and was never occupied by the enemies during its long history.
There are also places having a dark reputation. The tower of Kings also known as the prison has many secret paths and cellars. There is a legend that there were dungeons here. Those who were imprisoned here had no chance to see the sun again. However, the scientist had no confirmation of this theory. Anyway, they have found a space for torture. You can visit a museum where some tolls for torture are exposed.

There is also an exposition that gives the common image of Trencin, the history of the castle and the suburbs. You can find there ancient furniture, books, and other archeologic items. There is an exhibition of paintings. All the items have a direct connection to the castle and its history. You can find even the models of the buildings and see their images, created hundreds of years ago. This helps to understand all the changes made here previously.

Barracks, dungeons, bastion and the “well of love” are located in the lower part of the castle. An exposition of medieval and more recent firing arms and cold steel is situated in the barracks. The dungeon was built as a viewing tower first but later it became a prison. You can see copies of medieval torture tools there.

Bridges for crossing the Vag river were stored in the bastion previously. Currently, this is a place for weddings and exhibitions.

The “well of love” has a legend of love between Turkish young man Omar and a beautiful Fatima. She was a prisoner of Stefan Zapolski and to free her, Omar had to find water in a rock. The young man spent three years to complete this task assisted by other workers. When Omar and Fatima were leaving the town, she lost her veil. Today there is a restaurant called Fatima in this place.

Trencin castle has lost its military importance by the end of the XVIII century. A huge fire has ruined the whole town and the castle. Iphigenia de Castris d’Harcourt was the last owner of the castle and she gave it to Trencin in 1905.

You can walk the streets of the town on your own without a guide. If you have learned the history of the town and the castle and know the route you are going to follow, this is a good solution. However, you have to pay an entrance fee anyway. Tourists recommend visiting Trencin in Autumn. It is covered by yellow leaves and surrounded by heavy clouds. The castle looks majestically. The weather in Slovakia is mild and you can visit it at any season of the year.

There are several types of excursions there:

Route B (it starts without a guide like Route A and later accompanied by a guide) Ludovic palace, Barbora palace, Rotunda, Lapidarium (an exhibition of the ancient stone script).

Once you are in this mysterious place, you should not be surprised by the things you see here. There is a forge here, horses are grazing on the meadows, an active well having 15 meters of depth is located in the yard. This is the “Well of love”. This was the place of fencing training and duels. Our ancestors conquered the hearts of their beloved this way. Once you are here, you can travel in time for a couple of centuries forgetting about modern life boiling around Trencin, where there are cars and malls and humans do not use swords and do not ride horses.